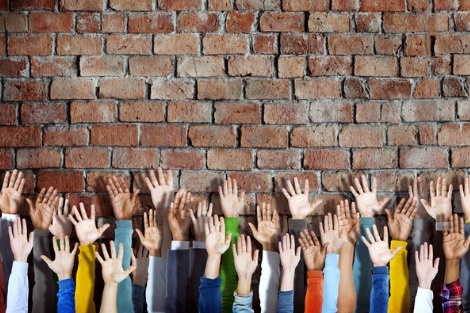 Inadequate consultation and seemingly unnecessary haste in drafting and passing certain laws has been a shared frustration linking diverse policy issues in the past year.

Meaningful consultation is important in order to understand how a law will be implemented — whether that be national security powers, ehealth records, website blocking or data retention.

Careful scrutiny can bring to light potential unintended consequences of proposed laws, and enable consideration of whether any relinquishment of rights and freedoms are necessary and proportionate. Once enacted, laws are too rarely reviewed, let alone rolled back.

There’s too often been a lack of meaningful consultation before some bills are introduced into Parliament, with tight time frames to lodge submissions to parliamentary inquiries, and inadequate time allocated to the parliamentary committee to hold a satisfactory number of public hearings. Such conduct contributes to the erosion of trust in the parliament.

In early October last year, in my former role as regulatory manager of iiNet, I responded to a confidential industry consultation paper on the proposed data retention scheme. The Attorney-General’s Department provided no response to that 22 page paper beyond an acknowledgment of receipt.

It’s frustrating to feel like a government is simply going through the motions of ‘consultation’. A few weeks later the data retention bill was introduced into Parliament.

Submissions to the Parliamentary Joint Committee on Intelligence and Security (PJCIS) on the bill were sought by 19 January — while many were still enjoying summer holidays. Many concerned organisations and individuals weren’t given the opportunity to give evidence. The PJCIS held only two days of public hearingsafter receiving over 200 submissions.

There was no compelling explanation provided for such haste. The bill was passed on 26 March, the last sitting day before the budget period in June.

This bill provided that copyright owners could apply to the Federal Court for an order against internet service providers (ISPs) to block access to online locations outside Australia whose primary purpose is to infringe or facilitate the infringement of copyright.

The bill was referred to the Senate Legal and Constitutional Affairs Legislation Committee for inquiry. But with submissions due on 16 April, once again, those engaged in these policy discussions had a very tight time period (just three weeks, which included the Easter break) within which to lodge submissions.

There was just one public hearing (despite 49 submissions being lodged) on the ‘site-blocking’ bill, and only two senators attended.

Site-blocking is a blunt tool, yet despite concerns that legitimate sites could be caught, the controversial bill was passed on 22 June, in the final sitting week before the winter recess.

Again the reasons for such haste are unclear: as of mid-November, there’s still been no applications lodged with the Federal Court to seek a site-blocking order.

On 15 October, the Senate referred the Health Legislation Amendment (eHealth) Bill 2015 to the Senate Community Affairs Legislation Committee for inquiry. The public was given less than two weeks to lodge a submission, with responses being sought by 28 October 2015.

The Committee reported on 9 November, and the bill was passed without amendments on 12 November, despite privacy concerns raised in the submissions by the Australian Privacy Foundation and the Office of the Australian Information Commission.

Complex technical issues benefit from the input of experts. And if these expert voices aren’t heard and reported, it limits the ability of members of the public to make informed contribution to the discussion.

It’s not just the public that isn’t given appropriate time and opportunity to participate in parliamentary processes.

The government only released the proposed amendments to the controversial ‘citizenship stripping bill’ on Tuesday 10 November, with the debate in the House of Representatives postponed to the following Thursday morning only after the ALP demandedappropriate briefings and more time to review the amendments.

The Office of Australian Information Commission

Rhetoric about open and transparent government also rings hollow while the uncertainty over the future of the Office of Australian Information Commission (OAIC) persists.

The government has been unable to pass the Bill to abolish the OAIC for over a year, and in this period hasn’t provided the office with appropriate funds or staff.

Timothy Pilgrim, the former Privacy Commissioner, on a 12-month contract, is filling the roles at the OAIC designed to be covered by three senior statutory officers. It’s important to have dedicated Privacy and FOI Commissioners.

Towards openness and transparency

One welcome and long overdue move is the recent announcement that Australia has finally committed to finalise its membership of the Open Government Partnership. A public consultation has been launched to develop an Australian Government National Action Plan for open government.

Laws made in haste and without appropriate scrutiny often impair trust. There’s more work to be done in the New Year for our government in taking concrete steps to restore trust and work toward an open, transparent and consultative government.