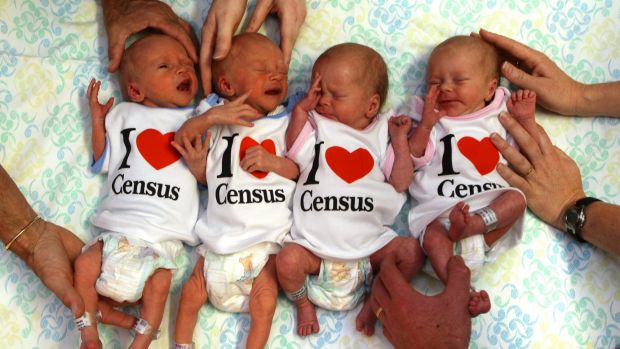 One of Australia’s richest sources of statistical data has had both its reputation and trust destroyed by the decision to retain name and address data – a decision made with little consultation and with no regard to the ramifications for individual’s right to privacy. But does this warrant an overall boycott of the census?

In censuses past, it was optional for people to allow the Australian Bureau of Statistics to retain their name and address when completing the census. The ABS recently made the change to retain name and address data from 18 months to four years, with no public process.

They reached this decision after conducting a rapid internal assessment, with no independent oversight. The Australian Privacy Foundation’s description of the process as “flawed” is generous in its gentleness. Two previous similar proposals, both of which were scrutinised under proper process, were rejected in 2006 and 2011.

The suggestion from the ABS that nothing in the process has really changed ignores the fact that public trust in governments to protect their privacy has plummeted in the years since the last census, and quite rightly.

In an era where governments are cracking down on speech, introducing laws restricting the right to silence as well as the right to protest, and after an election triggered by a bill to squash workers rights, there’s plenty of anxiety to go around.

In the years since the last census we have seen repeated examples of both government and opposition ignoring legitimate concerns raised by privacy advocates about existing or new policies.

The ABS suffered from 14 data breaches since 2013. This alone should be of major concern to citizens, particularly as Australia lacks the mandatory data breach laws necessary for the public to feel confident in providing detailed personal information to an agency unable to guarantee its security.

But for me, the real concern here is the potential for agencies with far less interest in privacy than the ABS to access huge troves of identifiable data on Australian citizens.

The dataset available from a national census would make the social data, call logs, and other vast swathes of information that we know government agencies are scooping up, that much more dangerous. It was over a decade ago that the US Department of Homeland Security admitted accessing US Census data on Arab Americans, and the data-mining, automation and ease in cross-populating of data sets has only improved since then.

Those arguing for a public boycott of the census point out that the choice has been taken away. If you choose to fill out the census online, the fields for name and address are mandatory. Those who attempt to request a physical paper form are finding phones and emails at the ABS go unanswered, and the $180 per day fine for not completing the census provides a pretty convincing stick.

While I share the deep concerns of many for our individual privacy, the main incentive that drives me to complete the census in full is a belief in the bigger picture. I’m simply not willing to jeopardise or sacrifice the collective benefit of such a wealth of statistical information that is so vital to an understanding of our own populace.

We must put into perspective that we have one of the best statistics departments in the world, and the insights gleaned from our census go towards making strong, well-informed policy. To entirely discard our contribution in this due to (well-founded) privacy concerns would damage us as a society more in the long term than it would progress the privacy debate right now.

This isn’t a choice we should have to make. The ABS should act immediately to address the main privacy concerns, before census day. At the bare minimum, the ABS should inform the public that if they have privacy concerns related to the census, they will not be fined if they choose to leave name and address data blank. This will go a long way to restoring the trust in the 2016 census.

In the longer term, the retention of name and address data should always be at the discretion of the citizen. The ABS should start again with a proper process that includes civil society and privacy advocates, and not just an internal assessment. This process should include penetration testing, bug bounties and deanonymisation efforts to demonstrate the veracity of the ABS’s claims with some confidence. The ABS needs to convince the public that it is investing to protect its network infrastructure from attack, and more clearly explain when other government agencies will have access to the valuable identifying data it collects.

Those individuals concerned with this gross invasion of their privacy should be as vocal as they can in communicating their disappointment and outrage to elected officials. Write letters to MPs, criticise decisions on social media, pen articles voicing concern and make those voices heard loud and clear to correct these wrongs.

Perhaps the biggest lesson to emerge from this whole debacle is to recognise that the government has for too long been too quick to dismiss privacy concerns. They’ve massively ramped up their surveillance of every citizen, and taken compliance for granted, while eroding public trust in their willingness to protect individual privacy. In an era of ever-expanding state power, wholesale reliance on the benevolence of future governments to not misuse the power the present government is forcibly extracting from its people is no way to achieve census consensus.

The fact that citizens are raising these concerns, and that they still remained unanswered at this late stage, highlights that we are lacking in political leadership and best practice policies. It doesn’t bode well for the future of Australian governance.

Tim Singleton Norton is the chair of Digital Rights Watch.