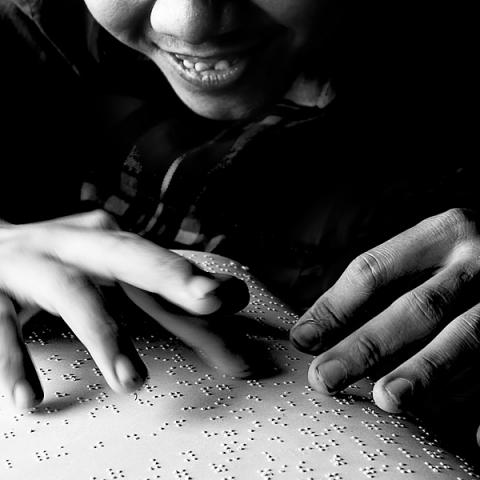 An Open Letter from a diverse group of 24 organisations from across the Australian education, cultural and technology sectors was delivered to Senator Fifield, Minister for Communications and the Arts on Friday 19 August, congratulating him on his re-election and urging the prompt tabling of the Copyright Amendment (Disability Access and Other Measures) Bill.

This Bill introduces long overdue reforms to the Copyright Act.

For Australians with a disability it removes the barriers that often stop organisations making accessible copies, such as braille or DAISY format audio. Without these modifications many Australians with hearing loss, vision impairment or other disability cannot access the same books, films and other content that other Australians take for granted.

Cultural institutions such as museums, galleries and archives will be able to proactively preserve our heritage, instead of having to wait until objects deteriorate or are destoyed. New life will be given to millions of early records, currently inaccessible, which will be available to digitise and disseminate when copyright terms for published and unpublished works are standardised.

For schools and universities it will reduce pointless administrative red tape and allow distance digital examinations.

And for all online intermediaries, schools, libraries, universities and internet platforms it will reduce their legal risk when they provide access to users, removing the competitive disadvantage currently suffered against international peers who have had similar protections for years.

The letter, which follows a similar letter sent earlier this year, urges the government to table the Bill before 30 September, when the Marrakesh Treaty comes into force. As a founding member of the Treaty, we believe it is important, both symbolically and practically, that Australia lead the world in implementation. 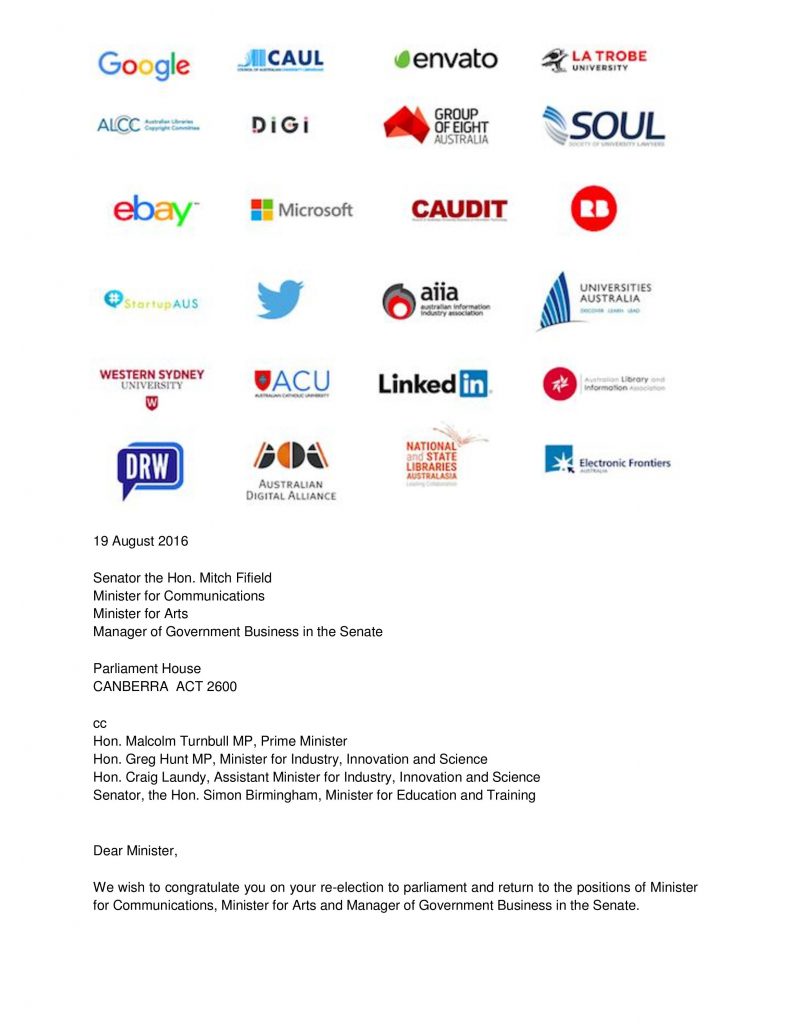 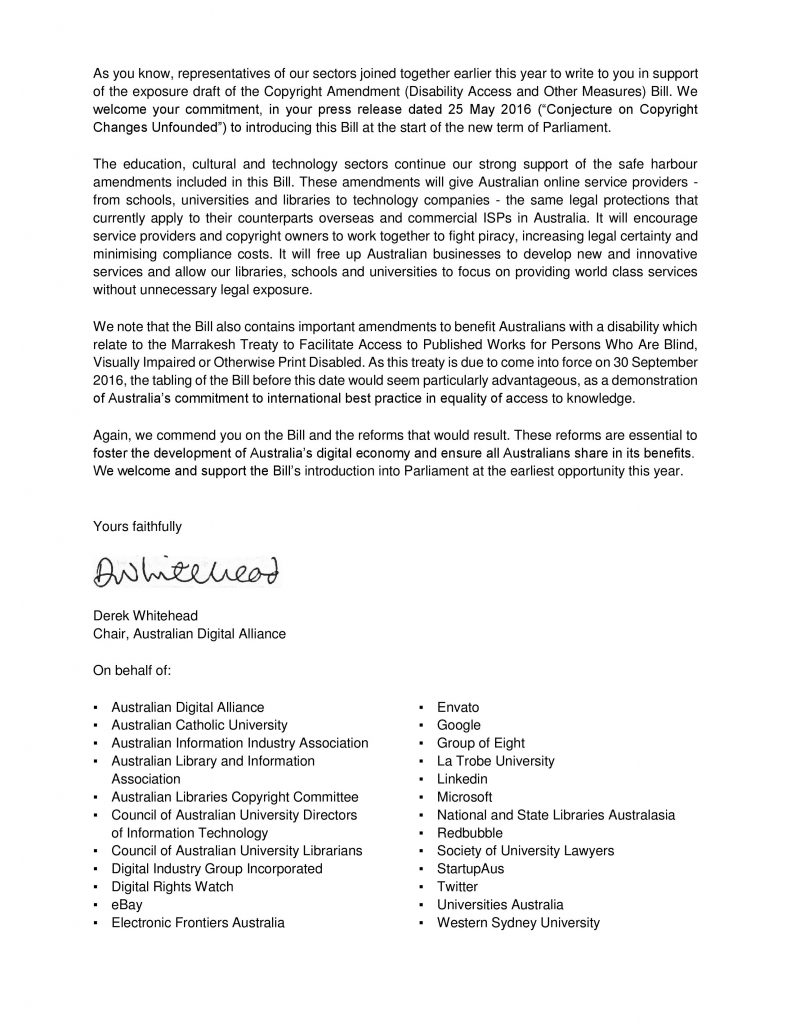