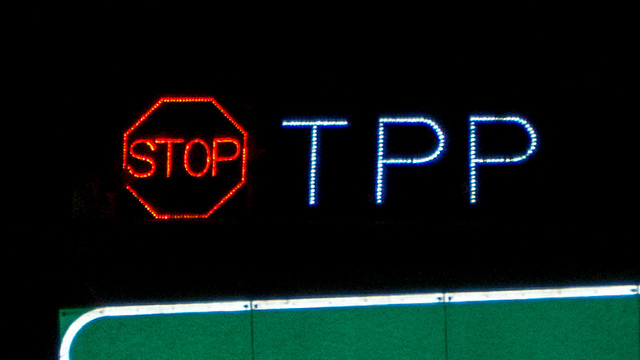 It’s copyright week! This week, Digital Rights Watch is joining a group of organizations in reflecting on how copyright policy can promote, and not diminish, a robust, accessible public domain.

Our government is elected to represent us. Each parliamentarian has a precious and limited mandate: to give effective representation to the will of their constituents. Trite, maybe: but it’s a fact that seems conveniently forgotten when Australia negotiates international trade agreements affecting copyright law.

The most famous recent example of a multilateral free trade deal, the Trans-Pacific Partnership, was controversially negotiated in near-total secrecy. Apart from a handful of consultations open by invitation to select groups, very few corporate and government stakeholders were given full access to its terms. The full text of the TPP was not officially released to the Australian public until negotiations had concluded, in January 2016. Instead, we were forced to rely on unauthorised leaks to glean some idea of what was in store for our copyright laws.

The whole deal may now be dead in the water, with the partnership reportedly opposed by US President-Elect Trump. But unfortunately, the TPP was not the first international deal affecting Australian copyright laws negotiated in relative secrecy, and we ought to have no confidence that it will be the last.

Infamous for the reportedly key lobbying role played by Disney Corporation, the Australia-US Free Trade Agreement finalised in 2004 imported a host of amendments to Australian copyright law designed to improve the position of copyright owners. Notably, the deal bumped up the term of copyright protection for certain types of creations, including artistic and literary works, to the life of the author plus 70 years (and thus keeping Mickey Mouse out of the public domain for another 20 years).

Trade deals like the TPP and AUSFTA work by requiring signatories to implement the terms of the agreement into domestic law. Although a law introduced on the back of a trade deal has the veneer of the usual parliamentary process (a bill will be introduced which is read, debated and eventually passed in parliament, and there may be reference to a committee and a call for submissions in between, with all versions of the bill and all debates freely publicly available), the significant political pressure attached to a signed deal usually means that not a lot changes between introduction and enactment.

Digital Rights Watch considers this kind of secret lawmaking nothing less than a breach of trust. In the first place, we believe that copyright laws should never be solely dictated by foreign interests or used as a bargaining chip in free trade deals that otherwise have little to do with intellectual property. Law-makers also represent a much larger set of constituents than just copyright owners. If a deal must touch on copyright, public debate should be fully and openly engaged at the very start of the negotiation process.

This is not just an ideological battle. The secrecy surrounding these deals masks some very real concerns with real-world impacts. Citizens can simultaneously be content users, creators, adaptors or remixers, and as equal members of civil society, all of us are impacted by copyright law. Our fundamental human right of free expression is directly affected by what copyright law dictates we can and cannot do.

We cannot assume that government and big business have our best interests at heart, and more fundamentally, we cannot rely on our government to represent our position if we have no opportunity to explain what our position is and no way of holding them accountable. A token release of the full text of a deal, after the conclusion of negotiations, is no substitute for genuine democratic process. We have a right to have input into what is being traded away, especially when it has the end result of bypassing our ability to control our own affairs through our own laws.

The EU is gradually taking steps to enhance transparency in its international trade process, including by introducing a set of rules promising improved public access to the terms of deals during negotiation.

What is urgently needed is for the Australian government to follow the EU’s lead and set a new policy for transparency in free trade negotiations affecting copyright law. Governments around the world must realise that their citizens will not condone being kept in the dark while their rights to use creative and innovative content are bargained away. Expect us to protest, lobby our representatives and publish unfavourable headlines. This is exactly what democracy looks like.

Find out more about Copyright Week at EFF