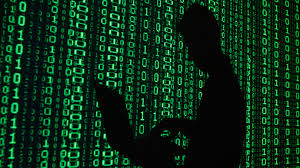 Digital Rights Watch has called for Australian citizens to defend the right to privacy and resist any plans to undermine encryption that may result from the meeting of the Five Eyes governments today.

“Yet again we see basic rights under threat by governments wanting to snoop on their citizens, yet again it is justified using fear and division. The Attorney General is using recent tragedies in London to further his own political agenda, using the rhetoric around fear of terrorism, when it is not even clear whether encryption was a factor,” said Digital Rights Watch board member, Lizzie O’Shea.

Attorney General George Brandis has indicated plans to raise “the need to address ongoing challenges posed by terrorists and criminals using encryption” with the Five Eye partners in Ottawa today.

“The government of Australian Government already has very broad powers to deal with terrorism, the threat of which continues to be very small. The problem here is not encryption,” said Ms O’Shea.

“As a society, we accept that people can meet and discuss things in private, that people can draw the curtains on their bedroom windows so the government can’t see in. There are limits on government’s powers, and encryption is an integral part of this right to privacy in digital society. The government has to find ways to do its job without crossing these limits. These comments are part of a trend Australian citizens’ digital rights are considered negotiable, instead of steadfast in the face of extremism.”

“The protection that is offered through encryption is important for everyone. It’s easy to see how encryption directly protects journalists, human rights defenders, and political activists living under authoritarian regimes. But is also important to understand that it underpins digital commerce. It is paramount that we recognise encryption as vital to protecting wider society as well. It protects our data, it protects our identities, it protects our ability to interact both individually and collectively.”

“We are on a slippery slope, and we must not make the mistake of assuming that the best intentions of law enforcement are enough to uphold our digital rights. The rights of citizens to use encryption needs to be upheld, and the Five Eyes governments do not have a mandate to take steps to undermine this,” Ms O’Shea concluded.