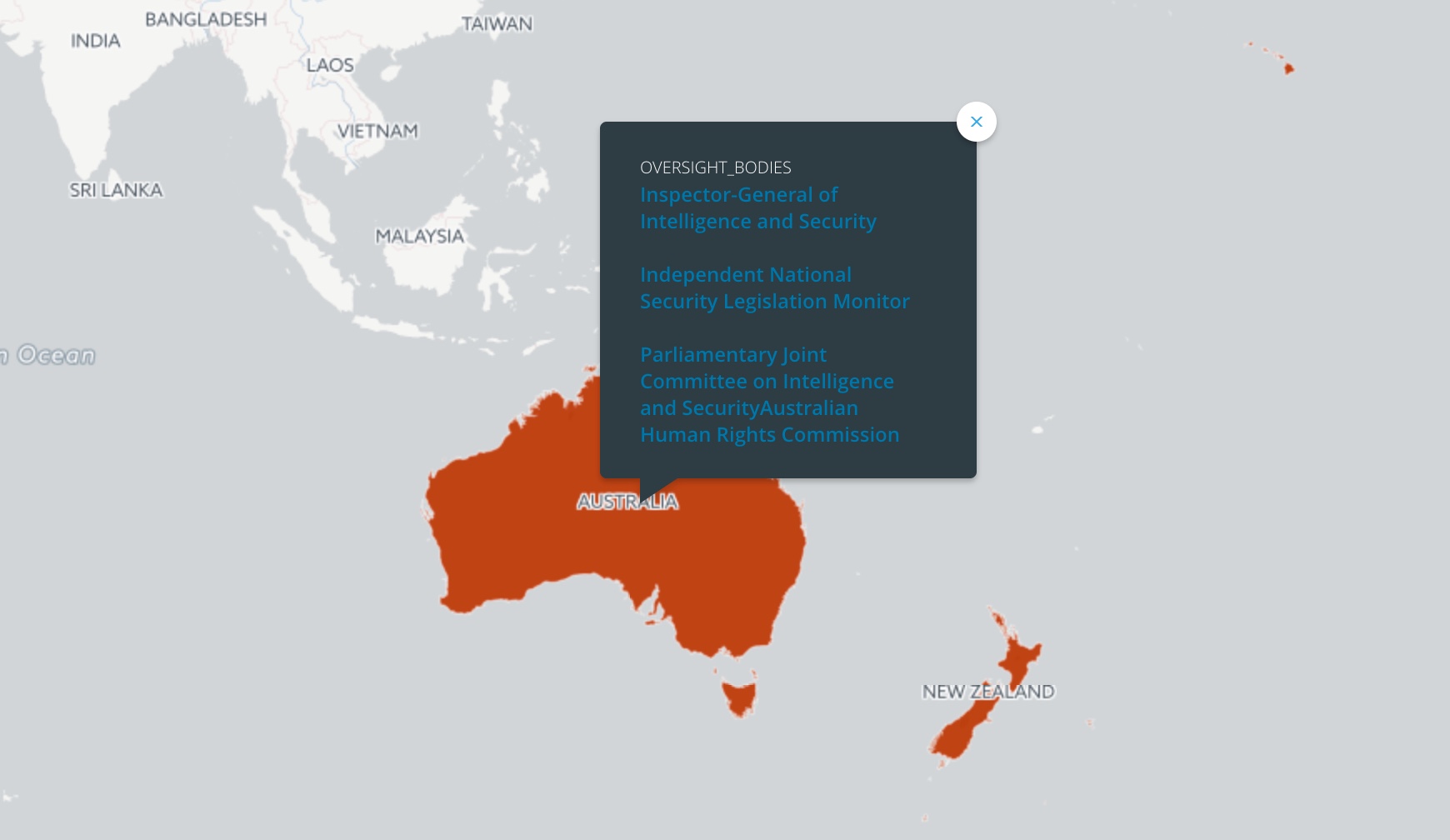 The Australian Government must ensure transparency of its intelligence sharing with other countries in order to safeguard Australian citizens’ private information, a coalition of privacy and human rights organisations said at the launch of a new campaign.

An international coalition of 30+ organisations led by Privacy International (PI) has written to national intelligence oversight bodies in over 40 countries, including Australia, seeking information on the intelligence sharing activities of their governments.

Countries, including Australia, may use secret intelligence sharing arrangements to circumvent international and domestic rules against direct surveillance. These arrangements can also lead to the exchange of information that can facilitate human rights abuses, particularly in countries with poor human rights records or weak rule of law.

National intelligence oversight bodies hold intelligence agencies accountable to the public by exercising scrutiny over the legality, propriety, effectiveness, and efficiency of the intelligence activities of their governments. Recently it was revealed that intelligence from the Pine Gap base in Alice Springs is being used by the US in its deadly, covert drone strike program that has caused significant civilian casualties overseas.

The coalition of human rights organisations has written to countries including those who form the Five Eyes Alliance, which is a secretive, global surveillance arrangement between the United States, the United Kingdom, Canada, Australia and New Zealand. The letter was also sent to nearly all of the countries forming surveillance partnerships that have grown from the Five Eyes: the Nine-Eyes (the Five Eyes plus Denmark, France, the Netherlands and Norway), the 14-Eyes (the Nine-Eyes plus Belgium, Germany, Italy, Spain and Sweden), and the 43-Eyes (the 14-Eyes plus the 2010 members of the International Security Assistance Forces to Afghanistan).

Specifically, organisations are seeking more information about whether these national oversight bodies:

A deadline of 31 October 2017 has been given for each national oversight body to respond. PI has created an interactive map, which illustrates the countries included in the campaign and the national intelligence oversight bodies that have been contacted in each country. The map will be updated when responses are received.

PI has also provided national oversight bodies with a briefing highlighting the international human rights implications of intelligence sharing arrangements between governments, with recommendations to increase transparency around these activities.

Quotes attributable to the campaign:

“As intelligence agencies around the world have expanded their surveillance capabilities, so has the amount of information they exchange with each other, including data collected in bulk. These sharing arrangements are shrouded in secrecy and shielded from accountability. National oversight bodies perform a critical role in holding intelligence agencies accountable. The public has a right to know whether their mandates include scrutiny of intelligence sharing and what form this scrutiny takes.”

“In the light of the legislation that the Australian Federal Government has passed requiring retention of Australians’ personal data, it is particularly important that Australians are informed about what is being done with that data, and how their privacy rights are being eroded without any public scrutiny.”

“While many Australian citizens are rightly concerned about the state of national security at the present moment, citizens would also like to be reassured that intelligence gathering is only conducted for the purpose of ensuring the security of citizens.”

“The Australian public have a right to know the scale of privacy invasion that is being undertaken under the guise of national security. Our human rights to privacy are being compromised by widespread warrantless surveillance without adequate safeguards, and our partnerships with foreign governments such as those that form the Five Eyes is resulting in increasingly less transparency and oversight. Australian citizens have a right to understand these processes and what is being done to ensure they are accountable to a public good.”

“There are untold legal consequences of intelligence sharing that demand immediate inquiry. Documents revealed this year show that Australians are likely involved in intelligence sharing with the United States to locate the targets of the deadly US drone strike program.  If true, Australians could be complicit in civilian deaths from drone strikes – that might mean complicity in war crimes.”

“The government has been given free reign to scoop up our personal information but won’t provide guarantees for how that information is passed on, including to international partners. It’s unacceptable and makes each and every one of us vulnerable.”

“Whilst we accept that the Government must act to protect its citizens from current complex global security challenges (and intelligence gathering alliances with allies will be part of that), there is an obvious danger is that, in the process, we trash the very  core liberties that are fundamental to a healthy democracy.”

“Mass electronic surveillance by government agencies is a real threat to our democratic way of life if not appropriately constrained by effective independent oversight  – including sufficient transparency for the community to have a broad understanding of what kind of surveillance is conducted, on whom, who has access and how it is used.”

“Australia has a number of bodies oversighting our intelligence and security agencies. There has been some recent and welcome expansion of their responsibilities and  powers to match the rapid proliferation of our counter-terrorism laws. However, many questions remain as to the overall effectiveness of this oversight. Furthermore, the extreme secrecy and limited reporting to the public by these bodies makes it impossible for the community to exercise  effective democratic control as to the broad nature of our state surveillance agenda – at home or abroad. We must have a more balanced and less secretive approach to our national security policy.”