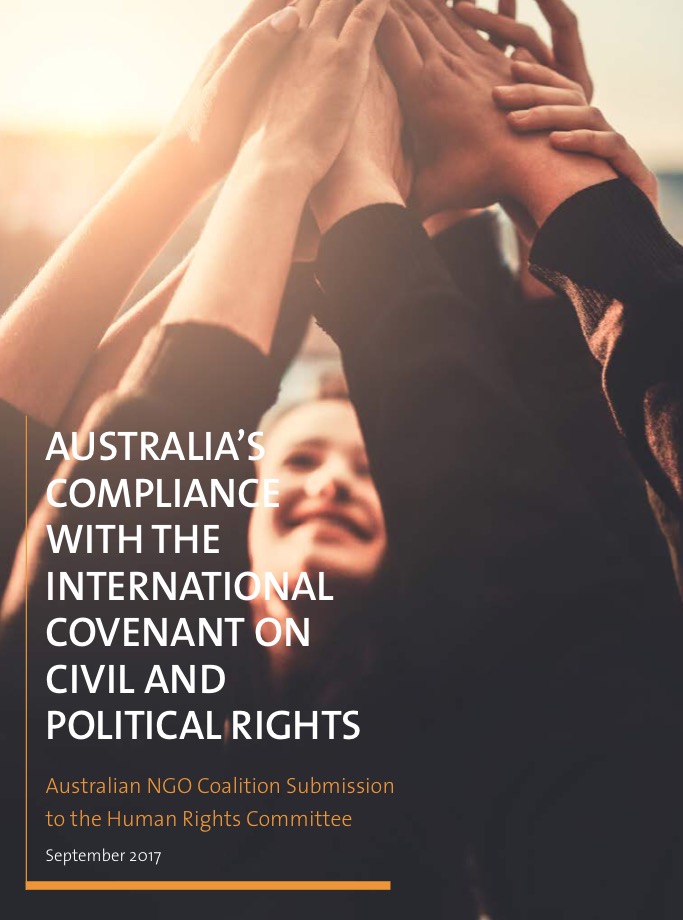 This report to the United Nations Human Rights Committee examines Australia’s compliance with the International Covenant on Civil and Political Rights.

It has been prepared by a coalition of non-government organisations from across Australia. The report is intended to inform the Committee’s sixth review of Australia during its 121st session in October/November 2017.

The report was prepared with substantial input, including drafting and review, from 32 organisations. It is endorsed in whole or in part by 56 organisations.

This report is not a comprehensive analysis of all issues relevant to Australia’s compliance with the ICCPR. Instead, it seeks to address some of the key areas identified in the Committee’s List of Issues Prior to Reporting, highlight developments since the Committee’s previous Concluding Observations dated 7 May 2009 and identify additional significant areas in which the Australian Government is failing to meet its obligations under the ICCPR.