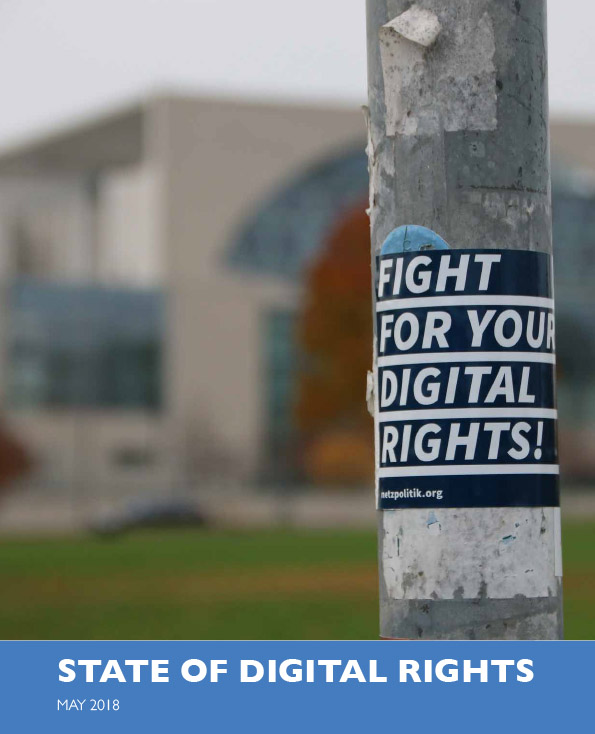 Australians’ human rights are being severely breached through the exploitation of online data according to a landmark report released today by Digital Rights Watch.

The State of Digital Rights brings together for the first time the range of ways Australians’ rights are being impacted by the activities of private companies and governments in the online world.

Key recommendations included in the State of Digital Rights include:

“The revelations put forward by Edward Snowden and Chelsea Manning, as well as the recent expose of Cambridge Analytica’s operations have certainly contributed to a heightened awareness of the potential impact of digital rights. But these high-profile incidents are just scratching the surface of a much wider, systematic and wilful degradation of our human rights online,” said Digital Rights Watch chair Tim Singleton Norton.

“Digital rights are inherent human rights. And just as other human rights are far from inalienable, digital rights must be fought for, solidified into social normality and ultimately protected and upheld if we are to maintain our humanity in digital spaces.”

“We know that public attitudes are shifting – 67% of Australians take active steps to protect their privacy online, and 79% consider government retention of information about phone calls to be a privacy breach. What is needed is legislative reform to match public sentiment.”

The State of Digital Rights includes a foreword and endorsement from Emeritus Professor and former President of the Australian Human Rights Commission Gillian Triggs.

“It is timely that we should assess the validity of new laws regulating data by benchmarking them against Australia’s human rights obligations, particularly under the International Covenant on Civil and Political Rights,” she said.

“This is a growing and developing area and getting it right will involve long term dialogue between government, corporations and civil society. This report aims to support that conversation by providing the detailed research, analysis and recommendations that are necessary to effectively maintain human rights in an online world,” said Mr Singleton Norton.

“We call upon the Australian Government to implement the recommendations within this report,” he concluded.

The State of Digital Rights report is available for download here