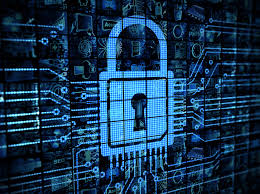 Digital Rights Watch has warned of wider impacts on freedom of speech and the right of Australian citizens to hold private conversations, after the Government announced plans to introduce legislation that would give law enforcement the power to break encryption protocols.

“Encryption is a foundational tool for the proper functioning of the digital society and economy, and is used in a wide range of settings, including banking, public service delivery, and communications systems. It is important that our elected officials understand the gravity of this before they make any legislative changes in this area,” said Tim Singleton Norton, Chair of Digital Rights Watch.

“As a society, we accept that people can meet and discuss things in private, that people can draw the curtains on their bedroom windows so the government can’t see in. We also presume that when we share private information with business and organisations, that the technology that facilitates these transactions is strong. There are limits on government’s powers, and encryption is an integral part of this right to privacy in digital society. The government already has ways to do its job without crossing these limits.”

“Many modern technologies rely on strong end-to-end encryption to secure communications directly between users. The only way to allow law enforcement officials to access the content of encrypted communications is to break end-to-end encryption for everyone by introducing weaknesses that allow third parties to snoop on communications between users. Once these weaknesses are introduced, we all become much more vulnerable to commercial surveillance, data leaks, criminal eavesdropping, national security threats, and overreach by government officials.”

“The protection that is offered through encryption is important for everyone. Policies that undermine strong encryption create more problems than they solve, and it is critical that legislators and decision makers consider the consequences before it is too late,” he concluded.

In January 2018, Digital Rights Watch and Access Now provided the government with a detailed brief outlining the impact of any attempt to break encrypted technologies for law enforcement. The briefing paper, “The Role of Encryption in Australia,” can be viewed here.