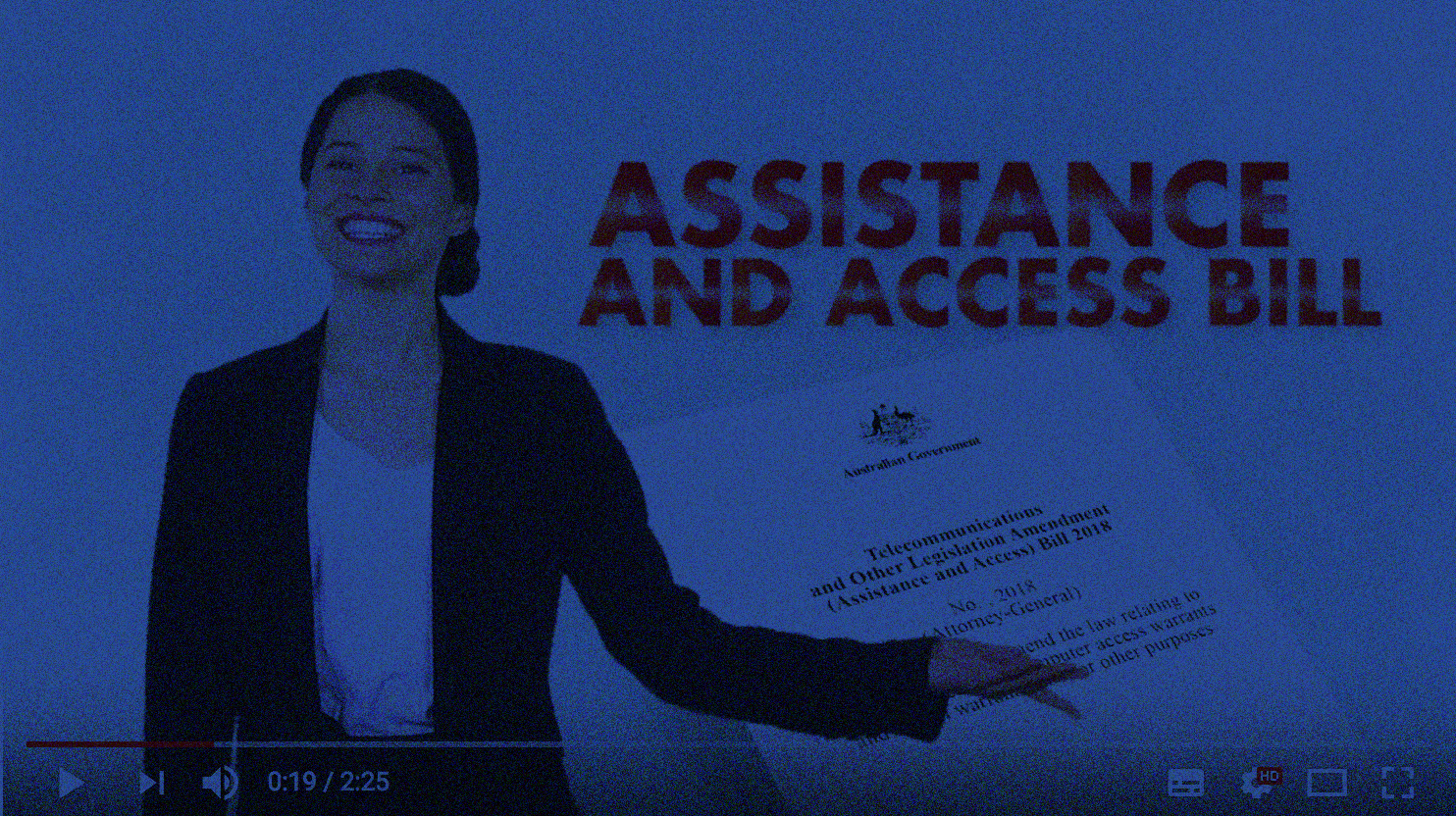 Digital Rights Watch and The Juice Media have this week released a video designed to more clearly inform the Australian public about the impact of proposed legislation that would grant law enforcement unprecedented new powers, including to develop the capacity to circumvent encryption.

The satirical video, which has already amassed more than 250,000 views after being released on Monday 3 September, can be viewed here.

“If passed into law in its current form, the Assistance and Access Bill 2018 would grant broad, sweeping powers to government agencies that will harm the security and stability of our communications and digital infrastructure,” said Tim Singleton Norton, Chair of Digital Rights Watch.

“The Bill is highly technical and lengthy, and we are concerned that most people in Australia may not be aware of the impact it will have on their rights and ongoing use of technology. We’ve partnered with Juice Media to outline these concerns in a clear and easy to understand video.”

“Encryption is the foundation for virtually every transaction in the digital sphere, and is relied on in a wide range of settings, including banking, public service delivery, and communications systems. When we create a weakness in these systems for one purpose, that weakness can be exploited everywhere else. It is crucial that our elected officials understand the gravity of this proposal before they make any decision about it. We risk sleep-walking into a tech dystopia of our own making.”

“We urge the government not to pursue legislation that would undermine tools, policies, and technologies critical to protecting individual rights, safeguarding the economy, and providing security both in Australia and around the world.”

“It is welcoming to see the government’s sharing an exposure draft for public comment, and we urge everyone concerned by this proposal to have their say on the bill,” said Mr Singleton Norton.

Digital Rights Watch is encouraging Australians to make a submission to the government’s consultation on the draft Bill, through an online action.