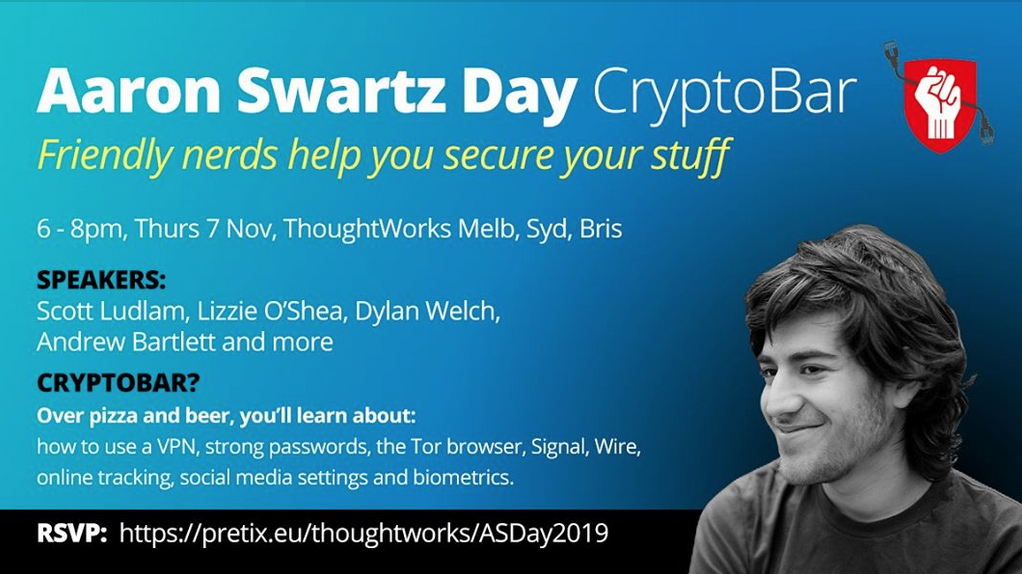 We have an exciting line-up of speakers (see below). We’ll kick off the evening with drinks and pizza, followed by short talks from the speakers, then a relaxed hour in which attendees can move between “bars”. At each bar, attendees can get information or advice from friendly nerds on a topic related to keeping their stuff secure and private – VPN’s, strong passwords and password managers, the Tor browser, encrypted messaging (Signal/Wire), or online tracking and social media privacy.

Aaron Swartz used technology, in brilliant, courageous ways, to empower people by giving them access to information, vehicles for expression, and tools for organising movements. We join in annual events around the world honouring his short life around his birthday.