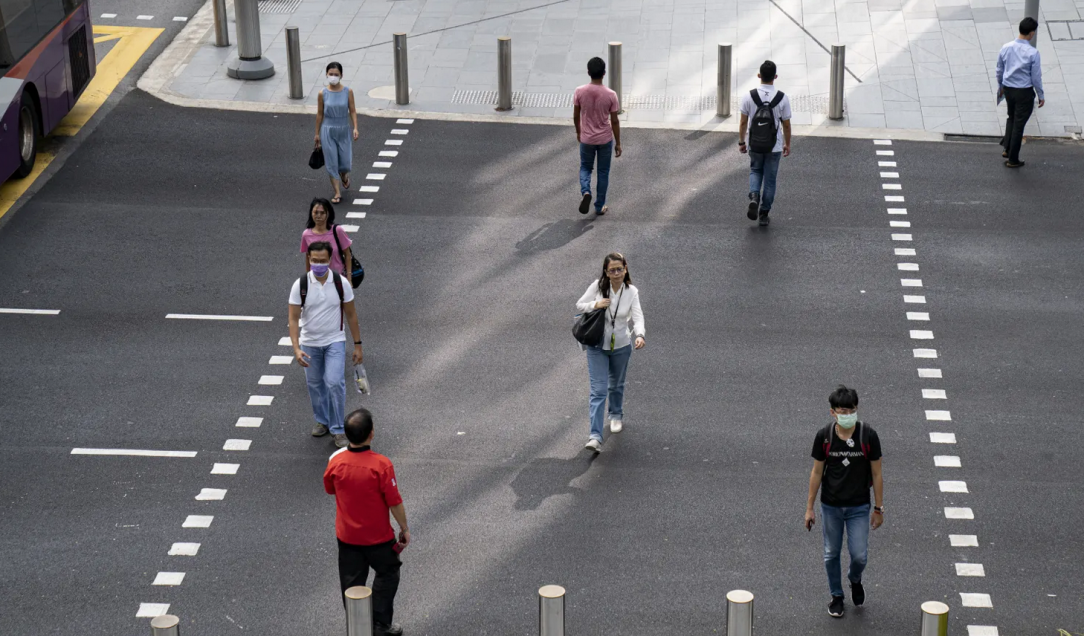 A problem like COVID-19 is so monumental in scale and ferocity that it creates an understandable temptation to race to use any method at our disposal to prevent its spread.

One tactic that has been floated in a number of places is to make use of the vast and ubiquitous technologies of surveillance that already permeate our digital lives. But before rushing ahead with any such proposals, we need to ensure human rights are protected because doing so is both critically important to our chances of getting through this crisis and ensuring we have a democracy at the other end.

Singapore, South Korea, Israel and China have all experimented with reorienting networked technologies to map contact tracing and monitor those who were required to self-isolate. These efforts include utilising mobile phone networks to track confirmed cases, tapping urban CCTV networks, some armed with facial recognition software to identify individuals, and mapping of the populace through the aggregation of digital sources. There are reports that a number of liberal democracies, including Australia, are considering following suit.

There is no doubt that there is a potential for such methods to be effective. The machinery of surveillance capitalism is capable of dishing us up ads based on a remarkable level of demographic detail and locational information, and it’s not hard to see how this could be repurposed.

But the deployment of digital technology to this end is not without serious risks. These systems give companies and governments enormous amounts of power over our digital lives and insight into our private lives. As such, looking to it as a system that might be redeployed to address COVID-19 is not something we should do uncritically.

Any technology solution deployed in an emergency is likely to be ethically complicated. It’s been nearly two decades since the 9/11 terrorist attacks and many of the powers introduced for law enforcement and intelligence agencies in the aftermath are still with us today. Activists across the globe are all too familiar with the power of rhetorical claims around national security to justify egregious violations of our human rights and the dulling effect on our democratic processes. Every crisis is an opportunity for those who think that civil liberties get in the way of effective statecraft. But, as we saw in the 9/11 scenario, we may not get the opportunity to hold them to account after this is over.

Our government does not have a good track record when it comes to tech policy and health. Some 2.5 million people opted out of My Health Record after successive privacy bungles.

In order for it to gain the public’s trust in any virus-mapping technology, the government would need to implement a system that builds confidence in users and health professionals, without consolidating the surveillance state.

Extraordinary powers could be subject to sunset clauses and transparent reporting. Collaborations with the private sector might be necessary to rapidly build the necessary tech at this moment, but data shared for health purposes could be built around user autonomy.

We should avoid simply handing over a project like this to a private company, suspending people’s privacy rights in the process, and allowing data that is collected during the crisis to be hoarded. If a company is permitted to use proprietary, secret source code to run technology for a public health purpose, we limit our capacity to identify errors or potential solutions to that company alone. Programs built to track and slow the virus by collecting and using data should also be subject to prohibitions on secondary use of information and the right to deletion or expiration.

We also need red lines: technology developed or redeployed to help stem the spread of COVID-19 should not later become available to health insurers. This was a key concern of the My Health Record system, and the risk of this happening in future undermined the public’s trust in the system.

Equally, such technology should not be accessible to law enforcement. While plenty of commentators in the media have taken the opportunity to blame everyday people for non-compliance with social distancing rules, the answer is not greater policing through improved surveillance. Getting across complex and rapidly changing policy in a time of significant stress is a challenge for all of us, and it hasn’t been helped by contradictory messaging from governments. While it is undeniable that there is some bad behaviour, it represents a small number of people, and many more are trying to do the right thing, such as staying at home.

To build a system of technologically assisted policing to enforce social distancing would be a distraction and a political mistake. The best way we can promote compliance with the rules necessary to stop the spread of COVID-19 is to have open and accountable public health messaging that gives people confidence that those in power are making decisions in our best interests based on solid evidence. Privacy and public health and safety are not things to be traded; they are in fact complementary.

Using systems of surveillance to address the COVID-19 crisis has the potential to be a quick fix, concealing deeper problems that remain unaddressed. People who are poor, those dependent on social welfare, prisoners and racial minorities are all communities of people who bear the brunt of existing systems of intensive policing and surveillance. Calls to scale up systems of technological surveillance puts these people at greater risk of brute force of state power.

The great historian of technology, Melvin Kranzberg, is perhaps best known for his belief that technology is neither good nor bad; nor is it neutral. There is no doubt we can use technology to fight this virus, but how we do so will have implications for all of us for decades to come, and especially those who are vulnerable. Putting respect for human rights at the centre of any project will be critical – both to help contain the virus and ensure our democracy is resistant to authoritarianism.