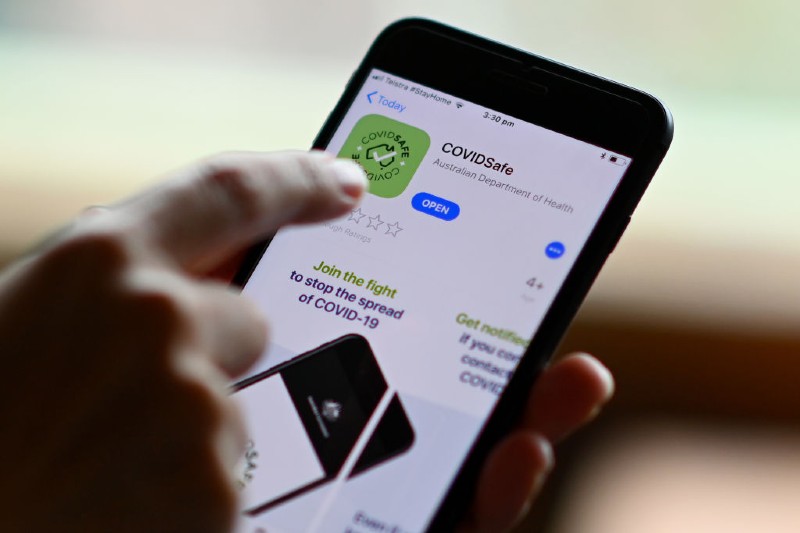 Over the past few weeks we’ve seen the government pull out all the stops in an attempt to convince the Australian public to download the COVIDSafe App. There are plenty of issues with the app itself, including its technical flaws, and valid concerns around data privacy, security and the normalisation of surveillance. But the other fascinating aspect of COVIDSafe has been the commentary surrounding the app.

While it may be easy to laugh off some of the more ridiculous things spouted by our oft-out-of-touch politicians, it would be unwise to underestimate the power, impact and potential harm of their messaging.

Early on in the pandemic, the first striking persuasive technique was the war-time rhetoric. War-time language is a powerful way to communicate that this is a ‘state of emergency.’ Similar to the War on Terror, it primes us to accept ‘what needs to be done.’ We’ve heard this narrative before, so we know how it goes. Times of crisis are primetime to increase powers in policing, surveillance and intelligence — many of which encroach on Australia’s (already meager) human rights protections. The issue is, once the battle is over, these powers are rarely rolled back.

When Prime Minister Scott Morrison compares the app to buying war bonds and asks to ‘get behind the national effort’, it makes us feel things. Australians, by and large, are a war-respecting people, which makes it a particularly salient persuasive device. It brings us together in an ‘us against the virus’ mentality, because after all, what bonds people more than a mutual enemy?

The Australian Government Department of Health website tells us that downloading the app will ‘save the lives of other Australians‘.  The undertones of that kind of moralising messaging forces us to grapple with questions of right and wrong. The terrible brilliance in framing the app as a question of morality is we are positioned to believe that those who do not download the app are failing their civic duty and doing the wrong thing. And in some more aggressive debates, insinuating that you mustn’t care about people’s lives.

Moralising war-time rhetoric is closely related to another political favourite: a call to patriotism. Rallying together under the mainstream idea of what it means to be an Australian. Teamwork. A fair go. If downloading the app is the Aussie thing to do, then it’s un-Australian to decide not to. Anyone who’s ever sat through an English class in Year 10 will remember that a call to patriotism is a tried and tested, albeit painfully obvious, mechanism of persuasion.

‘Not only is framing the decision as right or wrong overly simplistic, it also begs the question: the right choice for whom?’

There’s clear intention of language when Minister for Government Services Stuart Robert says that ‘This is a big Team Australia moment.’

Then, as Norman Swan puts it, ‘it’s time for trade-offs’. Unfortunately, advocates for privacy and human rights are well familiar with this tactic. It is a favourite of politicians hungry for statecraft who perceive rights as a barrier. Over the past few decades it was common to pit privacy against national security, but under coronavirus this has shifted to privacy versus public health. The danger of using dichotomous language in a rights context is that it forces people to make a choice they shouldn’t have to. It is entirely possible to protect public health in a privacy-enhancing way. And frankly, if we have to talk in trade-offs, then why should people trade for an app that has not yet been shown to work?

The idea of choice is also a prominent feature in this debate. We’re told that downloading the app is entirely voluntary, but we are then immediately told which choice is the right one. Scott Morrison made this clear by stating that his ‘preference is to give Australians the go of getting it right’ before making COVIDSafe mandatory.

Not only is framing the decision as right or wrong overly simplistic, it also begs the question: the right choice for whom?

There are many intersections that should be considered when talking about technology and rights that have been sorely left out of the dominant dialogue. Hearing from prominent, wealthy white men that they don’t have any concerns around the app undermines the realities of many who do.

For instance, if you have ever faced domestic violence, you’re probably not eager to increase any form of ability to track your movements. If you’re Aboriginal or Torres Strait Islander, and your experience with law enforcement has only ever been one of abuse, then the potential increase in ability of the state to use power against you probably isn’t something you take on lightly.

Frankly, if you’re part of any marginalised group, are politically active, are a journalist or whistleblower, then any increase in the normalisation of surveillance probably doesn’t sit well with you. The unfortunate reality is the government and law enforcement have a track record of abuses of power, scope creep, and data breaches. Because of this, it is entirely reasonable to be wary when it comes to trusting the government on their word. The dominant rhetoric obscures important questions of privilege and risk and positions very valid concerns around privacy and data protection —fundamental to upholding rights in a digital age — as frivolous or selfish.

Potentially, the most actively harmful messaging to come out of the COVIDSafe App debate conflates downloads with safety. Prime Minister Scott Morrison couches it as ‘protection’, saying, ‘Downloading the app is like putting on sunscreen to go out into the sun. It gives us protection as a nation. It protects you, it protects your family, it protects your loved ones…’

It’s tempting to laugh at the ridiculous notion of downloading an app being akin to putting on sunscreen. Morrison may as well have said ‘Slip slop slap, download the app!’

‘Technology is a powerful tool, and it can and should play a role in solving problems. But we need to be thinking critically about the approaches we’re taking, including their potential ethical and societal consequences.’

However, aside from it being insulting to the intelligence of the public, it also creates a dangerous illusion that the app actually prevents infection.

The danger of this kind of messaging is that it creates a false sense of security, and makes it harder for people to think critically about their rights, the realities of the app, and to make an informed decision about downloading it.

One of the key issues that has been largely lost in government messaging is the actual utility of digital contact tracing. Provided that the app works properly, there is value in the collection of data in order to model the spread of the virus, and to potentially speed up the process of alerting people. While this is helpful, it really is only one piece of the puzzle. For example, in Iceland close to 40 per cent of the population downloaded a working contact tracing app, however its usefulness was minimal.

Contact tracing is undeniably vital in order to understand and contain the spread of a virus, but the efficacy of a digital approach remains questionable. Technology is a powerful tool, and it can and should play a role in solving problems. But we need to be thinking critically about the approaches we’re taking, including their potential ethical and societal consequences. Unfortunately, our government has demonstrated a propensity for techno-solutionism without the necessary consideration being given to human rights, especially privacy.

Even if the app itself turns out to be relatively innocuous, the commentary is harmful in and of itself, as it could lay the groundwork for future debates and undermines the quality of public discourse around rights and technology.

There are many aspects to the COVIDSafe app debate that still warrant attention, concern and critique — including broader issues of government technological solutions and human rights — yet these are too often blurred by the dominant political messaging that focuses on convincing people at the expense of meaningful critical analysis.