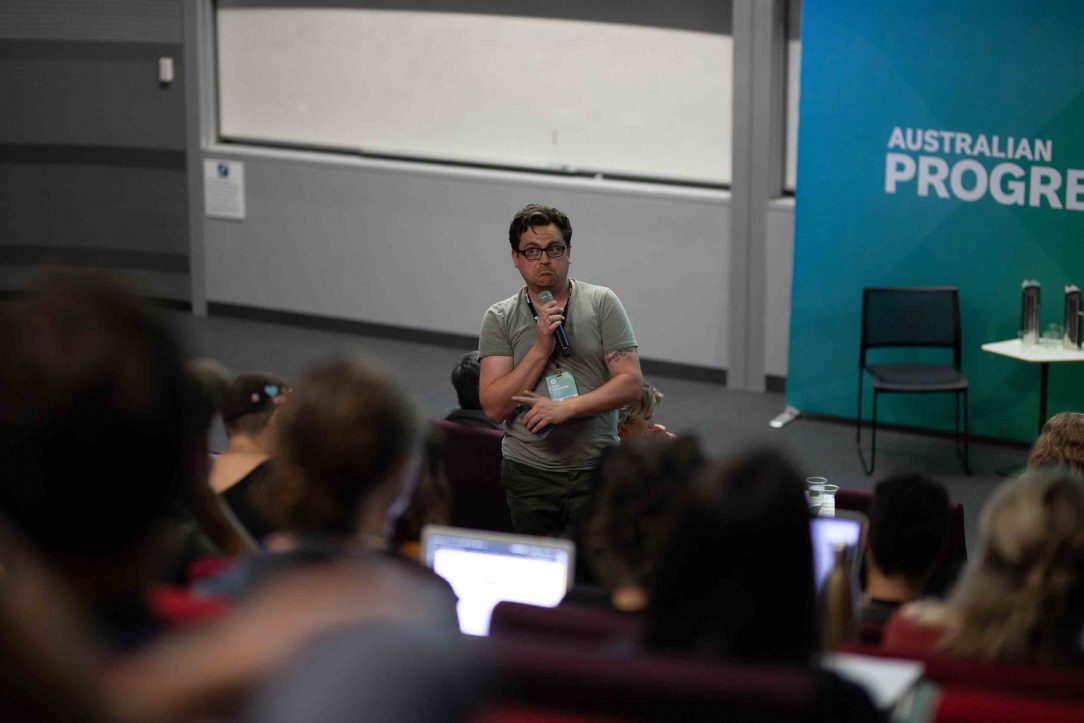 Four years ago, a group of academics, technology experts and activists came together in the meeting rooms of Thoughtworks Australia with a shared vision: to unite in their advocacy against the recently passed mandatory metadata retention laws. Much was discussed about the state of human rights in online spaces and the ramping up of attacks from conservative governments.

That meeting led to the formation of Digital Rights Watch, and it’s been my privilege to serve as Chair of this organisation over that time. As I step down from the role, I wanted to reflect on the past few years and what they have meant for the burgeoning and fundamentally necessary digital rights space in Australia.

The defence of human rights in this country is, sadly, becoming incredibly important. Since the terrorist attacks on New York on 11 September 2001, dozens of national security laws have been passed by Australia’s parliament with support from both major parties. The reality is that our rights have consistently been compromised by successive governments, through badly designed legislation, ineffective oversight mechanisms and a failure of our political system.

We’re seeing a rise in the power of mono-capitalist technology platforms, an increase in surveillance operations in public and private spaces and the pervasiveness of technology that requires us to give up our individual privacy.

Our Government is contributing to this erosion, with warrantless mass surveillance of the public, attempts to stifle and control the free press, damaging anti-encryption laws and a rise in the use of unethical AI and algorithms in government service.

Digital Rights Watch’s vision is for a digital world where all humanity can thrive, and where diversity and creativity flourishes. To ensure this, our digital world must be underpinned by equality, freedom and established human rights principles. Its evolution and future must be guided and driven by the interests of all people and the environments we live in.

That hasn’t been the easiest mission to achieve – but it’s the work of organsations like Digital Rights Watch and its many partners, volunteers and staff that is vitally important if we are to have any hope of winning.

In our first few years of operations alone, we campaigned against the expansion of the national warrantless mass surveillance program, witnessed the huge privacy failure of the national Census and launched a national awareness project in our ‘Get a VPN Day’ to draw attention to the introduction of Australia’s mandatory metadata retention scheme. This included putting former President of the Australian Human Rights Commission Professor Gillian Triggs’ personal metadata footprint on display at an event for the Melbourne Writers’ Festival for all to see.

The Cambridge Analytica breach rocked the world, not just due to its political ramifications, but also as users of social media platforms suddenly realised the power dynamic that existed between them and faceless corporations. We advocated for a complete rethink of how we view data ownership and use in the wake of the scandal, and the need to combat the neoliberal market-driven capitalist framing that allows for monolithic data harvesting machines such as Facebook to profit and thrive.

We produced the flagship State of Digital Rights report, bringing together experts in a range of fields to produce a comprehensive list of the many ways that Australians’ rights are being eroded online. The report worked to support, enhance and promote the necessary debate, through analysing the key digital rights issues facing Australians today, and making clear recommendations for policy makers to adopt.

We saw blatant attacks on journalists who reported on national security matters, which spurred our support of the Press Freedoms report from Scott Ludlam and David Paris. We are the only democracy on the planet that has not enshrined the right to a free press in our constitution or a charter of rights. Whilst we absolutely must ensure that journalists are free to do their jobs, we also need to see the balance of power shift to genuinely protect the right to report freely, regardless of who is the rapporteur.

A rapid increase in the use of facial recognition and surveillance technology by law enforcement saw us launch a national campaign calling for a ban on the invasive and often inaccurate technological systems. It’s been encouraging to see some technology companies recently back this call, but much more needs to be done to ensure privacy rights are upheld amidst this rapidly changing space.

Our biggest battle to date has ended up being one of the most important on the global stage, as Australia sets the dangerous precedent of breaking encryption protocols for the entire internet. In response to the deeply flawed Assistance and Access Bill, we built alliances across civil society, human rights activists, telecommunication providers and industry. Ignoring the widespread criticisms of the Bill from all walks of life, both major parties pushed through these deeply flawed laws with very little change.

But in the face of all this, there has also been hope. We witnessed a parliamentary committee outright reject attempts from the government to establish a national facial recognition database. We saw a shift in public opinion that supported strong press freedom measures. We have started the process of educating local governments on how to properly and ethically manage the privacy of their residents.

We’ve had major wins along the way. We welcomed the introduction of Australia’s data breach notification scheme. We lobbied the government to acknowledge privacy concerns amids the My Health Record system, resulting in a backdown from the Health Minister. We put Australia’s embarrassing human rights record on the global stage, when our own Lizzie O’Shea was awarded a Global Hero of Human Rights Award for her work in protecting the right to encryption, and last year I had the privilege of attending the Australian Human Rights Awards as a nominee for Best Community Organisation.

Technological advancement is not just about intelligent design, clever cryptography or brilliant coding; it’s also a function of power. To make technology work for people, we need to take this power back – and demand that the development of technology involve social, political and ethical considerations.

The internet is often touted as the new frontier of freedom of expression, described simultaneously as a wide open plain free from heavy-handed intervention – or a lawless landscape that political leaders struggle to understand and fail to police. Vast amounts of our lives now take place online, including paid employment, participating in democracy and communicating with government and with each other.

This can be liberating: it is possible to engage with the internet anonymously, to communicate secretly and access services and communities that allow us to be ourselves, without fear of judgement. But there is also a dark side to life in the digital age that includes surveillance of populations, tracking of individual movements or conversations and data-matching on a global scale. It’s clear that corporate and government power over our digital lives need to be kept in check.

Protecting our digital rights is about protecting democracy – it is about shifting power away from states and companies and towards people. It’s this work that Digital Rights Watch was set up to do, and will continue to undertake.

For movements to survive and flourish, they need to evolve and change, with regular injections of new blood and fresh approaches. After four years, I’m very proud of what we’ve achieved and I step away knowing that under the leadership of the amazing Lizzie O’Shea, the important work of defending digital rights in Australia will continue, and grow.